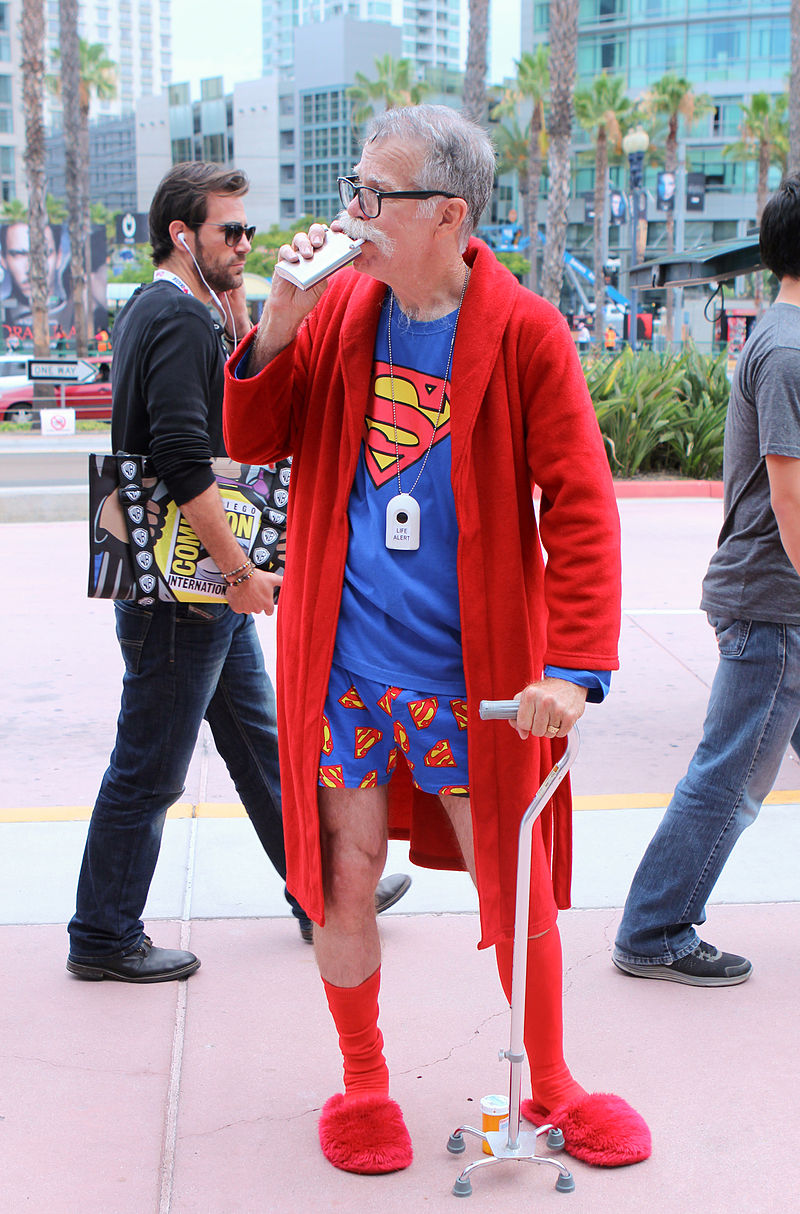 John the Baptist, who was in prison, heard about all the things the Messiah was doing. So he sent his disciples to ask Jesus, “Are you the Messiah we’ve been expecting, or should we keep looking for someone else?”

Jesus told them, “Go back to John and tell him what you have heard and seen – the blind see, the lame walk, the lepers are cured, the deaf hear, the dead are raised to life, and the Good News is being preached to the poor.

When news that the actor Christopher Reeve, who played the role of the children’s comic book hero Superman, had broken his neck while horse riding in May 1995, I was shocked and sad. Like millions of children who adored Superman, I was sad to accept the truth that the man who acted as Superman was flesh and blood, like myself.

As I think back on the Superman movies, I see that the producers did an excellent job in presenting Superman to us children as the solution to human problems. Here was a handsome young man, who could fly, see through walls, lift any object, defeat all the evil people in the world, but was a humble and nice person to be around.

The creators of Superman presented him as a messiah – and as a child I believed them!

Contrast this with John the Baptist, a firebrand preacher, who had been locked up by the King Herod, for his strong preaching against the King. Jesus did not fly like Superman to go free John from jail, neither did he go beat up the King to release John. So messengers from John, came to Jesus to question whether he is truly the Biblical Messiah.

The response from Jesus is beautiful – “the blind see, the lame walk, the lepers are cured, the deaf hear, the dead are raised to life, and the Good News is being preached to the poor.” It says to John, I may not be flying in to release you, but see what it is that has preoccupied me, judge for yourself if this is messianic work!

To strengthen his messianic status, Jesus rose from the dead, and is now in heaven, from where he continues his ministry to the blind, the lame, the leper, the deaf, the helpless, and the hopeless, in every generation, in every nation. This is a hero who cannot broke his neck while horse riding, who is divine not flesh and blood.

Jesus was full of godly power while he walked on Earth, but was kind, gentle, and compassionate. In him, we find a precious, faithful friend, who understands our pains, as we live in this tough world. He is our Superman – call on him today and every day, and you will find help in the day of trouble, Amen!