He told the people, “Be careful to guard yourselves from every kind of greed. Life is not about having a lot of material possessions.”

What I want for new year 2018 is plenty of money, such that I am unable to count it all; more money than King Solomon and Bill Gates put together!

I hear you thinking ‘but the above Bible passage warns against greed’. How can I desire so much money and not be a greedy, scheming, evil human being? Yes, you have a point for 1 Timothy 6:10 (GOD’S WORD® Translation) says:

‘Certainly, the love of money is the root of all kinds of evil. Some people who have set their hearts on getting rich have wandered away from the Christian faith and have caused themselves a lot of grief.’

So if setting my heart on getting rich, will cause me a lot of grief, what should I set my heart on in 2018? Proverbs 19:21 (GOD’S WORD® Translation) says: ‘Many plans are in the human heart, but the advice of the LORD will endure.’

If you are like me, you will probably have multiple plans A, B, C, D for 2018. The good plan will be the one that follows God’s advice as you understand it – it would not be only about ‘success’ but would also have a big space for nurturing your faith.

King David wrote in Psalm 37:25 (GOD’S WORD® Translation): ‘I have been young, and now I am old, but I have never seen a righteous person abandoned or his descendants begging for food.’

As you pursue greater success in 2018, take a chance on God also, commit to seeking him a little more. May the merciful and graceful God shower you with goodness, love, joy and peace in 2018; may He protect you as you seek for daily bread, Amen!

When Babylon horribly destroyed Judah and took all the people into painful bondage, the Prophet Jeremiah mourned this great loss of country, freedom, and prosperity. While Jeremiah mourned, a young priest named Ezekiel received new visions of God.

On July 31 of my thirtieth year, while I was with the Judean exiles beside the Kebar River in Babylon, the heavens were opened and I saw visions of God.

Ezekiel saw six visions of God. In the first vision, Ezekiel saw God on a throne, which was carried by four very powerful Angels, moving speedily up and down between heaven and earth; Ezekiel describes the person on the throne this way:

…a stormy wind came out of the north, a great cloud, with flashing lightning, and a brightness around it, and out of its midst as it were glowing metal, out of the midst of the fire. Out of its midst came the likeness of four living creatures. (Verses 4-5)

Over the head of the living creature there was the likeness of an expanse, like the awesome crystal to look on, stretched forth over their heads above. (Verse 22)

Judah was experiencing a catastrophe; the people had lost loved ones and all their property, all hope seemed lost. Under such torment, Ezekiel received this lightning and stunning vision of God. This was the perfect medicine for the hour.

The vision renewed Ezekiel’s faith. He saw that in spite of what Israel was passing through, the Almighty God was still ruler of heaven and earth. The vision turned Ezekiel from seeing the problem, to seeing God’s provisions and solutions for a fresh start.

How are you dealing with loss and grief? I encourage you to share your feelings of loss, pain and anguish, with God in prayer. I encourage you to pray for a new vision, a new light, to guide you out of the dark, into renewed joy and hope.

May the Lord, in his amazing grace, answer your prayer for a new vision, Amen! 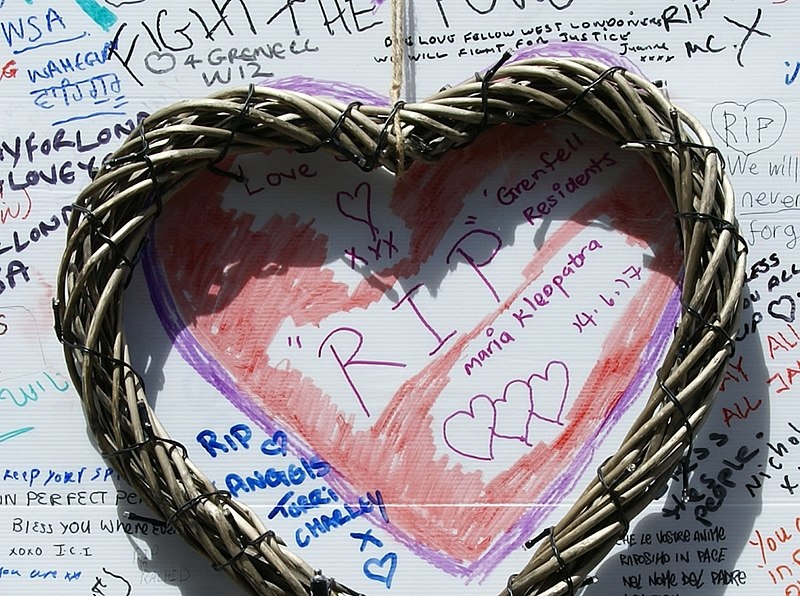 There was a man who experienced great pain, loss, and sorrow; his name was Job, and the Bible has a book with 42 Chapters about him. It’s a terribly uncomfortable book, with sad description of how Job lost his many properties, all his adult children, his health, the comfort of his wife, and became an outcast in society.

In his own words he states in Job 6:2-3 (NLT) – “If my misery could be weighed and my troubles be put on the scales, they would outweigh all the sands of the sea.”

One day the members of the heavenly court came to present themselves before the LORD, and the Accuser, Satan, came with them… the LORD asked Satan, “Have you noticed my servant Job? He is the finest man in all the earth… fears God and stays away from evil.”

Satan replied…“Yes, but Job has good reason to fear God. You have always put a wall of protection around him and his home and his property. You have made him prosper… take away everything he has, and he will surely curse you to your face!”

“All right, you may test him,” the LORD said to Satan.

The passage shows that Job feared God and prospered; but Satan who has established himself as God’s adversary, was unhappy. Rather than celebrate God’s goodness to humanity, Satan wants to replace it with pain. Why? So that we can curse God to his face! Unfortunately, pain has made many to even reject that God exist.

Job refused to curse God, what incredible love of God! His pain was for a season; it passed away, and the Book of Pain closes with this testimony in Job 42:12-16 (NLT) – ‘the LORD blessed Job in the second half of his life even more than in the beginning… [with] 7 more sons and 3 more daughters… no women were as lovely as the daughters of Job… [he] put them into his will along with their brothers. Job lived 140 years… to see four generations of his children and grandchildren.’

May the LORD by his grace and love, deliver us from pain, and empower us to live long healthy prosperous lives, Amen!

Image: Tributes for the victims of the Grenfell Tower fire tragedy in London,  By ChiralJon – Grenfell Hearts, CC BY 2.0, https://commons.wikimedia.org/w/index.php?curid=60219506